What is a Pod?

A pod is the smallest object that can be created in Kubernetes. It consists of one or more containers that are tightly coupled and is the central object type on top of which others build their functionalities. Containers in a pod are created, managed, and destroyed together. Containers in the same pod share the same resources such as storage, network, namespace, among others and can easily communicate with one another on localhost. A container in one pod can communicate with a container in another pod using the pod IP address.

The Lifecycle of a Pod

The Pod lifecycle has five possible phases. The Pod phase is the high-level summary of the current state of the Pod within its lifecycle. Below are the five Pod phases and their description

Declarative and Imperative Ways of Starting a Pod

Pods can be created using either a declarative or imperative mode (check part 2 of this series if you don’t know what the difference is).

Creating a pod using the imperative mode entails using kubectl command-line tool $kubectl run <pod name> <image> --restart=Never. The command is passed like flags on the command line of a running cluster. In contrast, the declarative mode involves starting a pod using a configuration (YAML or JSON syntax) manifest file. The configuration file is first created and then deployed using $kubectl create -f <YAML/JSON file name>. More information on declarative and imperative ways of creating Kubernetes objects can be found in part 2 of this series under Kubernetes declarative and imperative.\

How to Manage the Lifecycle of a Pod

Step 1: Create a pod with an nginx container image:

Step 2: Check the status of the pod:

We can see that our Pod is now running on the cluster.

Step 3: To learn more about the pod, check the detailed status of the pod:

Step 4: To view the description of the Pod which entails when the Pod was created, the label assigned to it, the container image running in the Pod and its ID, as well as the events associated with the Pod.

Step 5: Now that we have checked the status of the Pod and seen that it is healthy, we need to perform a clean up of the Pod:

Step 6: Check to be sure that the cleanup is done and the pod has successfully been deleted

You need to be familiar with the VIM editor to follow this task. However, other IDEs like Atom, visual studio among others can be used to create the configuration file.

First, make sure you have a running Kubernetes cluster with kubectl command-line tool configured and connected to it. (see part 2 of this series to get one started). Next, you need to create the configuration file. To do this, create a YAML file. You can use any name, but make sure to add the YAML extension when using YAML syntax. The correct indentation is also essential; otherwise, the file won’t work.

Then copy and paste the configuration below into the file created above, save, and exit

The above configuration file defined a pod object named myfirst-pod with Pod as the value of its kind property. It will create a containerised application with nginx-container as the container name and nginx as the image. Note, the kind property value must be in the sentence case; otherwise, it will give an error.

Once we have created the configuration file, we need to deploy it to the cluster by running the below command.

This will create a pod named myfirst-pod. To check the status, detailed status, description, clean up and other pod commands, use the same commands used in the imperative approach exercise above.

Multi-container pods are pods with more than one closely related containers that work together as a unit and share resources like inter-process communication, shared volumes, network space, etc.

To create a multi-container pod, simply add another container name and image under the spec property of the previous configuration file by editing the yaml file using this command: vim firstapp.yaml

Save and exit the terminal. Create the multi-container pods by using the command below:

The pod named myfirst-pod has been created while the 2/2 under the ready column means that the two out of two containers have successfully been created and are running. To check the detailed status, description and clean up, simply use the pod commands used on our first exercise. Congratulations!!! You have successfully created, deleted, and checked the detailed information of a Pod both in a declarative and imperative manner as well as worked with multi-container pods.

Getting Logs from and Exec-ing into a Pod

Logging is a process that gives you ongoing activities in a container. It is useful for debugging and viewing the past and current events in your applications. You need to have a container running in a pod on a cluster to perform these tasks. kubectl get pods command will display the available pods and running containers in the cluster.

You can get logs from a specific pod by running this command: kubectl logs <pod name>

Using our previous example with the pod name myfirst-pod, run the below command when the pod status is in the running state.

To get only the five most recent lines of activity in a Pod run: kubectl logs --tail=5 myfirst-pod:

To get the last 2 hours of logs: kubectl logs --since=2h myfirst-pod

The time can also be changed to any desired time frame.

Exec-ing refers to the process of getting a shell into a running container by running kubectl commands. It allows the command execution on a container in a Pod.

Get into a shell running container using our previous example:

Summary: Knowing the nitty-gritty of a pod is essential because it forms the basis of your Kubernetes journey. However, working with or creating a Pod directly is not recommended especially if your Pod is not intended to be ephemeral or if it is running in production Instead, deployments should be used to create a pod which will give you the opportunity of using replicas and other deployment properties and values.

The next part of our series will give more insight into deployment and replica sets, their features and usage as well as practice tasks.

Getting started with containers 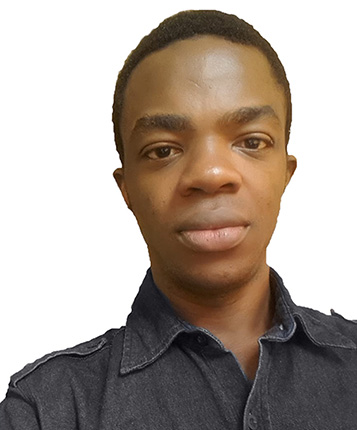