In October 2020, the Kubernetes Dashboard officially turned five. As main project maintainers, we barely could believe that so much time has passed since our very first commit to the project. However, looking back with a bit of nostalgia, we had to realize that quite a lot has happened since then. Now it’s due time to celebrate “our baby” with a short recap.

How It All Began

The very first commit to the Kubernetes Dashboard was made by Filip Grządkowski from Google on 16th October 2015 – just a few months from the initial commit to the Kubernetes repository. Our initial commits go back to November 2015 (Sebastian committed on 16 November 2015; Marcin committed on 23 November 2015). Since that time, we’ve become regular contributors to the project. For the next two years, we will be working closely with the Googlers, eventually becoming main project maintainers ourselves. 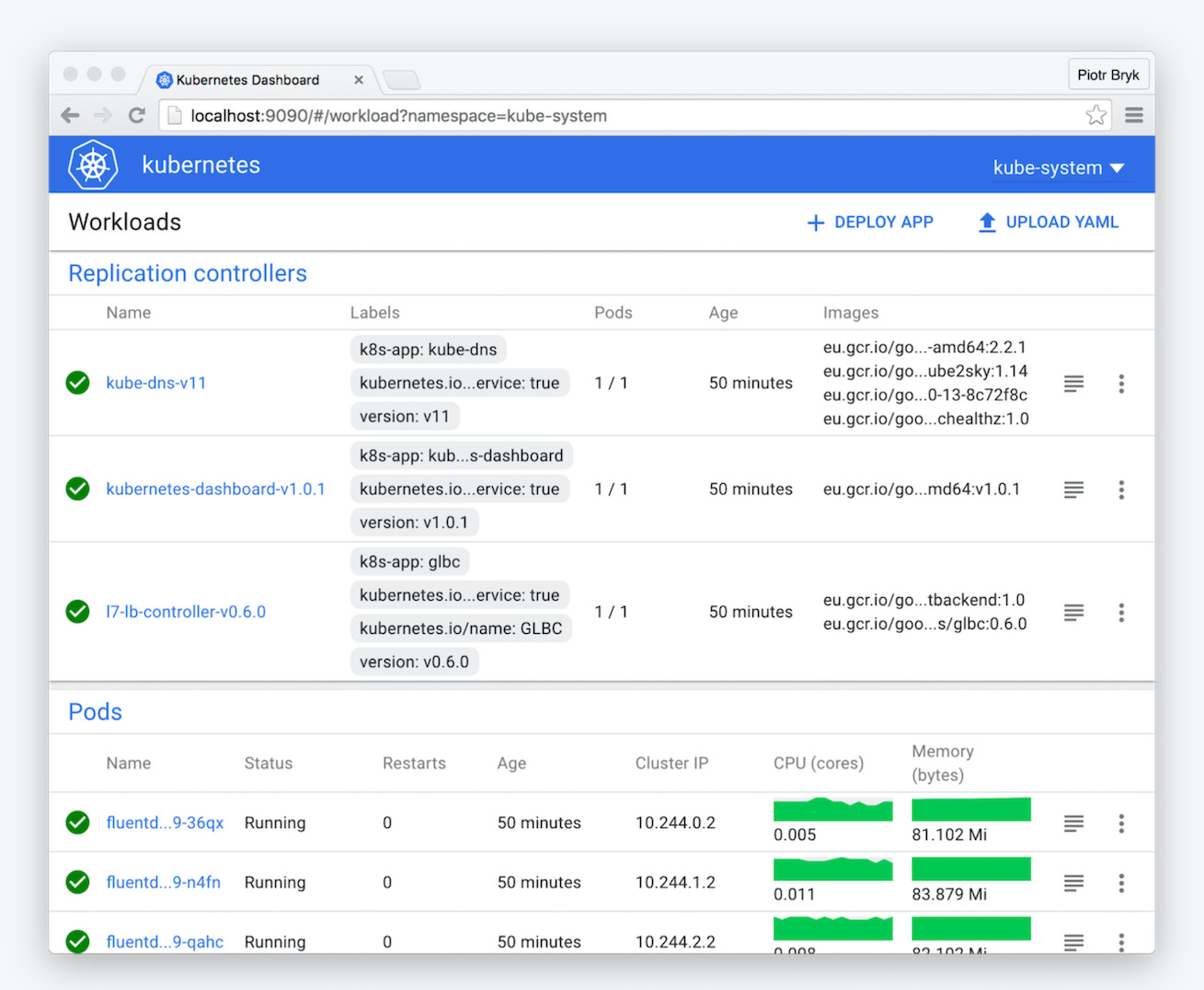 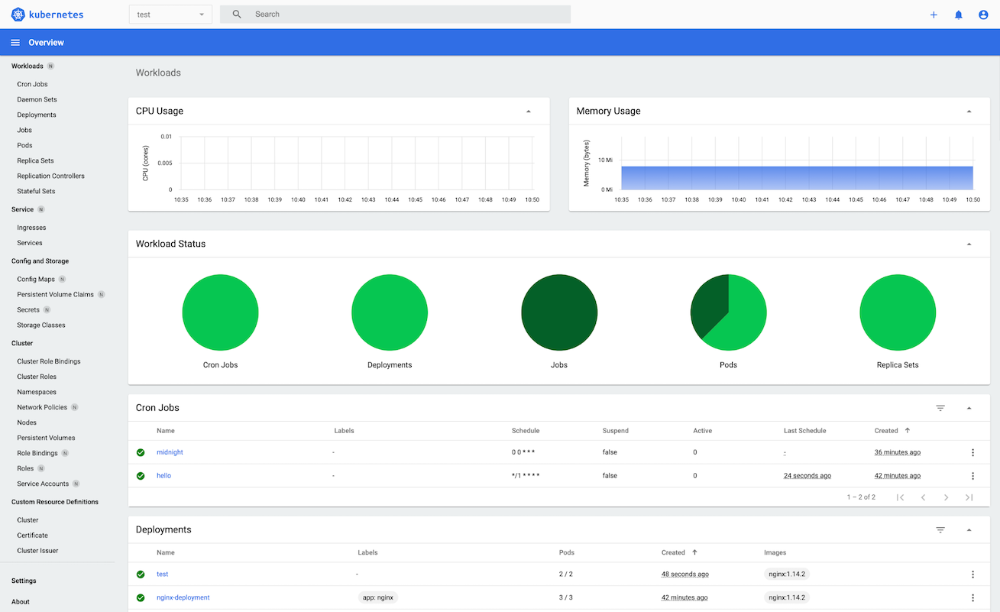 As you can see, the initial look and feel of the project were completely different from the current one. We have changed the design multiple times. The same has happened with the code itself.

Growing Up - The Big Migration

At the beginning of 2018, we reached a point where AngularJS was getting closer to the end of its life, while the new Angular versions were published quite often. A lot of the libraries and the modules that we were using were following the trend. That forced us to spend a lot of the time rewriting the frontend part of the project to make it work with newer technologies.

The migration came with many benefits like being able to refactor a lot of the code, introduce design patterns, reduce code complexity, and benefit from the new modules. However, you can imagine that the scale of the migration was huge. Luckily, there were a number of contributions from the community helping us with the resource support, new Kubernetes version support, i18n, and some other things. After many long days and nights, we finally released the first beta version in July 2019, followed by the 2.0 release in April 2020 — our baby had grown up.

On top of that, we put in a great deal of effort into improving resource support. Meanwhile, we do offer support for most of the Kubernetes resources. Also, the Kubernetes Dashboard supports multiple languages: English, German, French, Japanese, Korean, Chinese (Traditional, Simplified, Traditional Hong Kong). Persian and Russian language translations are currently in work. Moreover, we are working on the support for 3rd party themes and the design of the app in general. As you can see, quite a lot of things are going on.

Luckily, we do have regular contributors with domain knowledge who are taking care of the project, updating the Helm charts, translations, Go modules, and more. But as always, there could be many more hands on deck. So if you are thinking about contributing to Kubernetes, keep us in mind.

The Kubernetes Dashboard has now been growing and prospering for more than 5 years now. It provides the community with an intuitive Web UI, thereby decreasing the complexity of Kubernetes and increasing its accessibility to new community members. We are proud of what the project has achieved so far, but this is by far not the end. These are our priorities for the future:

The Kubernetes Dashboard in Numbers

As mentioned earlier, we are currently looking for more people to help us further develop and grow the project. We are open to contributions in multiple areas, i.e., issues with help wanted label. Please feel free to reach out via GitHub or the #sig-ui channel in the Kubernetes Slack.

Learn more about our upstream contributions and open source projects. 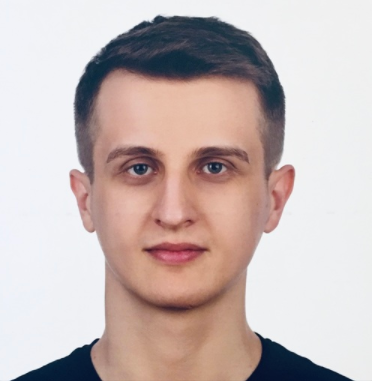 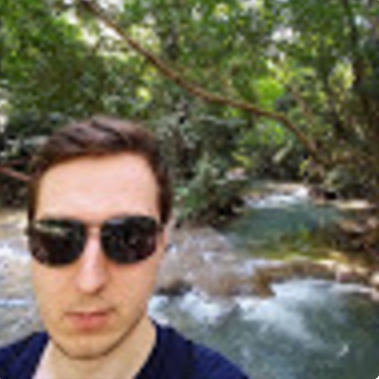