This blog post is about how to deploy a virtual 4G stack using GNS3 and Kubernetes. It covers the following:

The motivation for this blog post stems from the fact that I worked as a Packet core support engineer 3 years ago before I moved into cloud native with a focus on Kubernetes. So I decided to see if I could simulate a 4G stack using open source tools. I hope you find this interesting as I did!

Note: Some familiarity with Kubernetes and Telecommunication network is assumed.

GNS3 was chosen as a platform to deploy everything because it makes it easy to see everything at a glance and still interact with the components. While Telecom networks remain largely the same logically, the implementation usually is not the same. No two telecom network implementations are generally the same.Take the points below as just one way of implementation. There are many ways to do this especially when Kubernetes is used.

The GNS3 network diagram is shown below:

Logical topology is shown below: 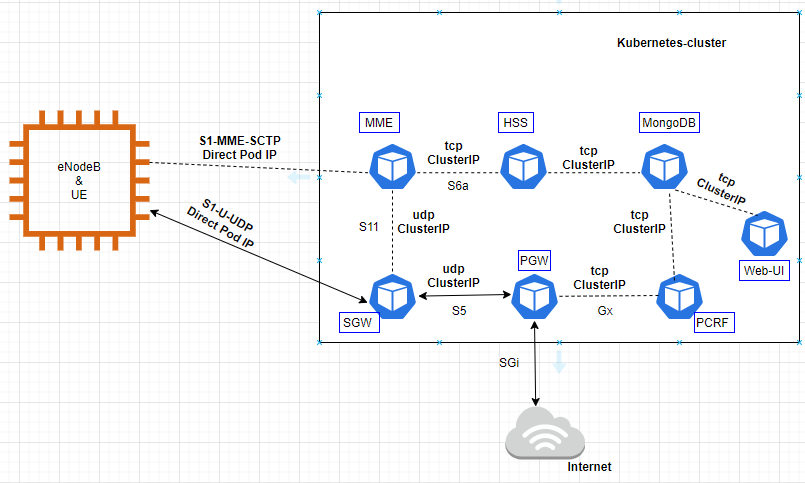 This was installed using the official Kubeadm installation documentation, Calico was used for the CNI.

The vEPC was installed using the Open5gs software.It provides the following components:

It uses the freeDiameter project for the components that require diameter (PGW–PCRF, HSS—MME).

A single docker image was used for all the vEPC core components (excluding the MongoDB and Web-UI). Utilizing a dedicated image for each of the core EPC components may be desirable, especially to reduce the overall image size.

The manifest files can be found in the repo:

The basic simulator was used. The full documentation can found via:

OpenAirInterface SIM details is configured via the following file:

Subscriber details need to be added to the HSS-DB (MongoD). This can be done via the web-ui POD. kubectl port-forward can be used to access the UI locally. 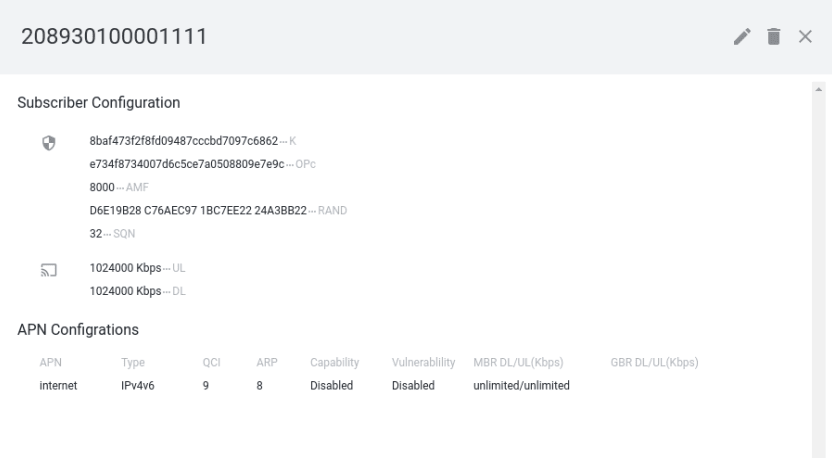 You should adapt the forwarding parameters depending on how you want to do this.

The eNodeB is initialized using the following:

The UE is initialized using the following:

OpenAirInterface Interfaces After eNodeB and UE are running

oaitun_enm1-eNodeB interface (UE will connect to it, they are in the same IP network)

oaitun_uem1-UE interface towards the eNodeB

oaitun_ue1-UE interface that is used to communicate to the PGW, OAI will assign the PGW allocated UE IP address which is 45.45.0.2 in this case.

Open5gs MME Status After eNodeB and UE are running:

Open5gs PGW Status After eNodeB and UE are running:

UE imsi and IP address can be seen above, this matches what is in the UE configuration/status

PING Tests From UE to PGW: 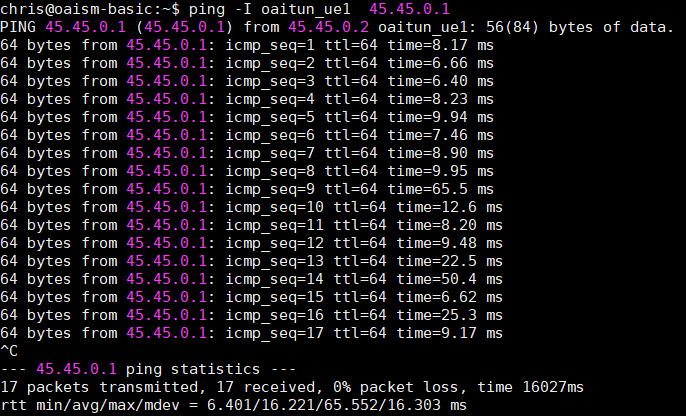 PING Tests From UE To The Internet Via PGW: 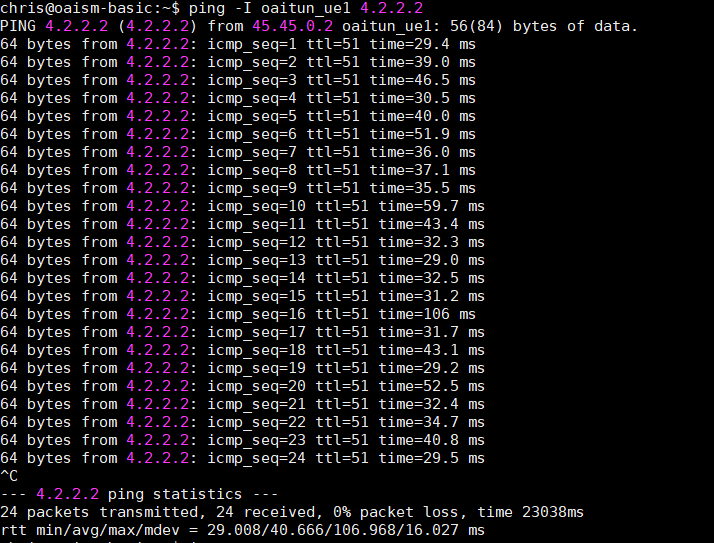 In conclusion, the following points should also be noted: